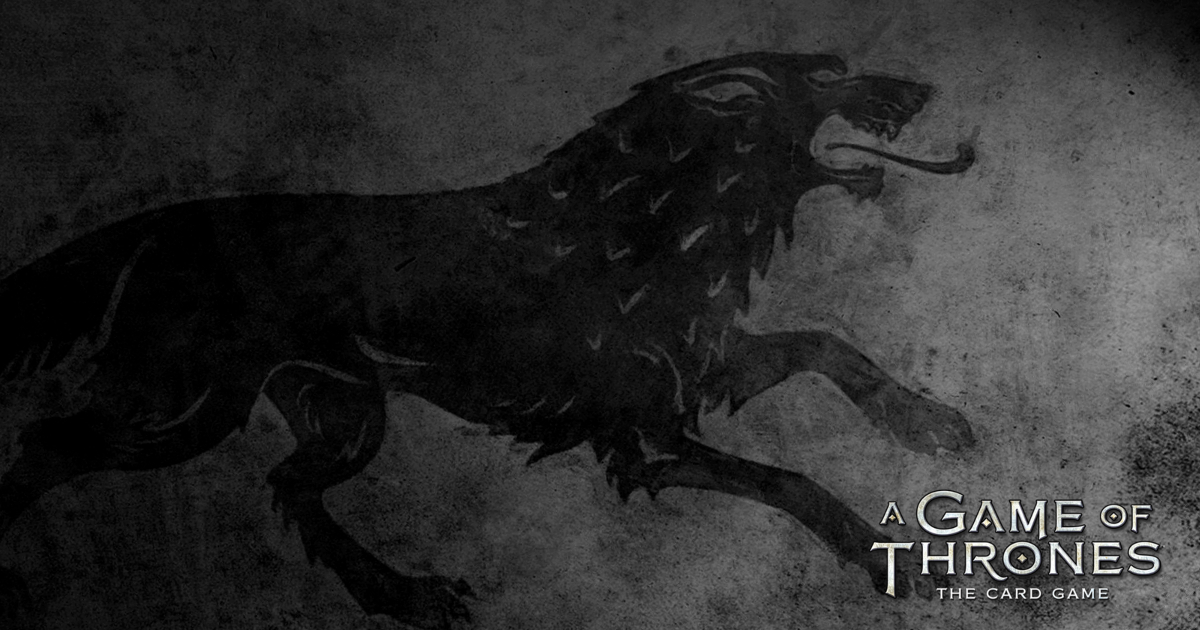 The North of Westeros is filled with great forests, barren plains, rocky shores, and snow-capped mountains.

From its northernmost edge at the Wall to the swampy marshlands of the Neck, this cold and unforgiving land is ruled by House Stark from the great citadel of Winterfell.

The Starks are honorable rulers, governing justly as the Wardens of the North, but they once reigned supreme as the Kings of Winter.

The Starks are honorable but unyielding, harsh in their judgement and direct in their punishment of those who offend. They have a pack mentality, they understand the notion of sacrifice for the greater good, and they can rally together when one of their own is in trouble.

More often than not, they are military aggressors, taking the fight directly to their enemies. This faction is also the natural home of the "Ned" player type (who desires story immersion above all else), and House Stark will be the place where the explicit "nods to Ned" are most frequent. 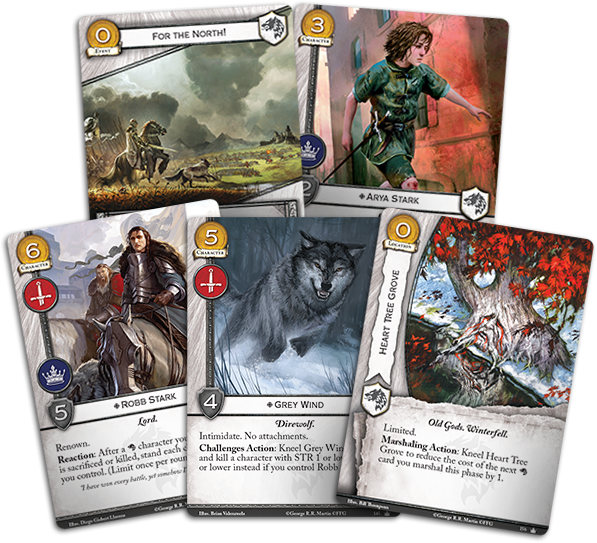 This deck is by Harrison Anderson which is considered to be a master of the "passive power" style of play. Harrison (TJP Profile), is a top-top player, and was in the final of the last instalment the Champions of Westeros with this amazing Drowned God deck.

This deck is made by Hanno Lunser who is the greatest Game of Thrones The Card Game 2nd Edition player of all time. Hanno (JP Profile), former head of the design team, now a member of the design team (which are doing a hell of a job!!), is a big part in how this game moves forward, and are always helpful towards players who got questions about balance or the game in general.