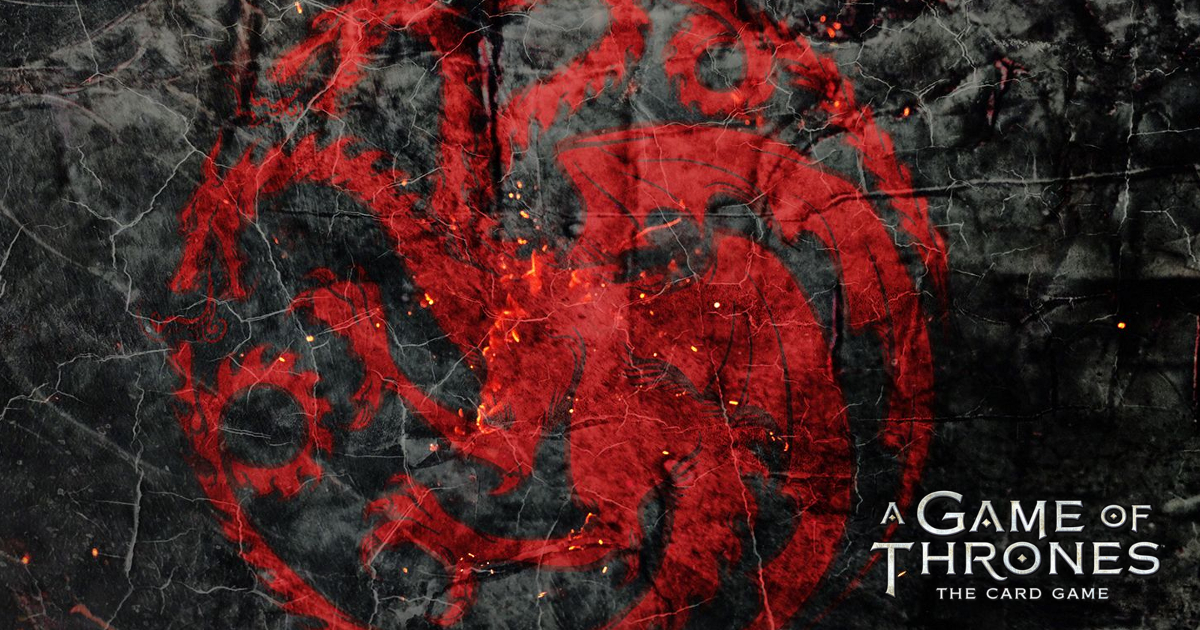 Almost three-hundred years before the reign of Robert Baratheon, Westeros was conquered by Aegon Targaryen and his two sisters.

The Targaryen family hailed from the ancient freehold of Valyria and with their mighty dragons, these three siblings were an unstoppable force that united the Seven Kingdoms into a single realm, ruled from King’s Landing and the Iron Throne.

The unbroken dynasty of the Targaryens ended three centuries later with the rebellion of Robert Baratheon, and only two Targaryen children – Viserys and Daenerys – were known to escape from Robert’s bloody coup.

Although they fled across the Narrow Sea to Essos, the last scions of House Targaryen still remember the lands they once ruled and look forward to the day they will return to Westeros.

The Targaryens are in the position of attacking from outside of Westeros, and as such, they tend to focus on building up and snowballing potential, as well as rising from the ashes with standing effects.

This faction relies on its leadership more than most other factions, rallying and coming together around strong leaders like Daenerys Targaryen and Khal Drogo.

As the only House with access to dragons, burn (reducing STR and killing characters in this way) is still a central element of House Targaryen.

Building your momentum and using that momentum to pressure your opponent are important parts of House Targaryen’s identity. 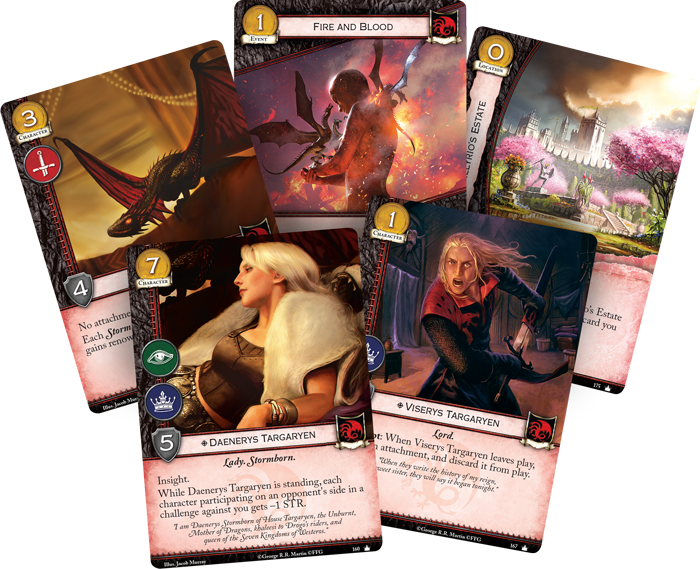 This deck is made by Robert Chervat which is one of the best players around and he have had good success playing burn decks, and this is a deck made for the new restricted list, so it's highly competitive! Robert (JP profile) is a friend of the Friendly Open, and is often seen spectating the Friendly Open games at Sundays.

This deck is by Reinhard Schefcik which is considered to be the greatest Targaryen player of all time. The European and World champion (JP Profile) is one of the first signing up for the Friendly Open tournaments and is well respected in the thrones community.