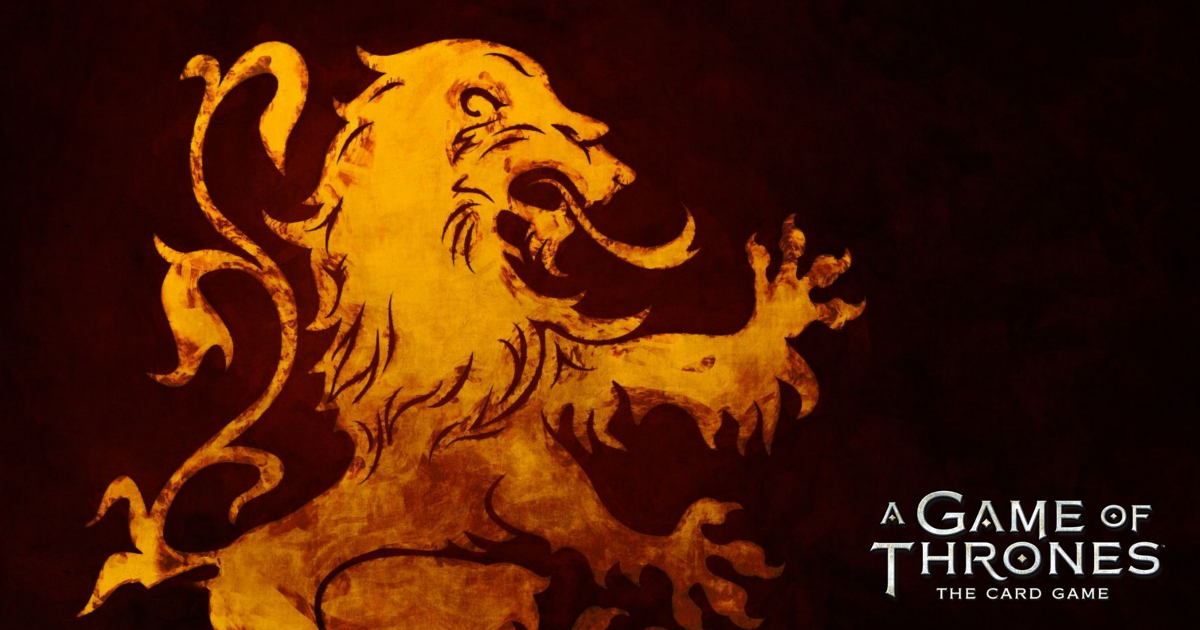 Among all the Great Houses of Westeros, none are so wealthy or have such a reputation for cunning as those of House Lannister.

Made rich by the gold and silver mines of the Westerlands and the trade that flows through Lannisport, the Lannisters’ wealth has positioned them as the power behind the Iron Throne for years.

The Lannisters are devious, manipulative, and indirect. They are ambush specialists, they play the intrigue game aggressively, and they are extremely wealthy.

Figuratively, they are “monsters.” They’re not averse to using torture and intimidation to achieve their goals, and this faction is the home for a number of characters who can be quite frightening when they hit the board.

There’s also a chaotic aspect to this faction – the Lannisters deal with a fair number of wild cards and unpredictable entities on their path to the Iron Throne, and being able to make the resultant chaos work in your favor is an important skill for leading this faction.

This deck is made by Ilja Muromez who is one of the real legends of the Friendly Open. Ilja (JP Profile) has been competing in 14/14 of the FO's and are always welcoming and nice to everyone in the FO community. The Friendly Open's host has been an admirer of Ilja's The White Book deck for a long time, and are super happy to finally have it published in the Beginners list collection!